Claudette Colvin (born September 5, 1939) is an American nurse and was a pioneer of the Civil Rights Movement. On March 2, 1955, she was arrested at the age of 15 in Montgomery, Alabama for refusing to give up her seat to a white woman on a crowded, segregated bus. Colvin acted a few months before the more widely known incident in which Rosa Parks, secretary of the local chapter of the NAACP, played the lead role, sparking the Montgomery Bus Boycott that began that year.

Colvin was among the five plaintiffs originally included in the federal court case filed by civil rights attorney Fred Gray on February 1, 1956, as Browder v. Gayle, to challenge bus segregation in the city. She testified before the three-judge panel that heard the case in the United States District Court. On June 13, 1956, the judges determined that the state and local laws requiring bus segregation in Alabama were unconstitutional. The case went to the United States Supreme Court on appeal by the state, and it upheld the District Court ruling on December 17, 1956. Colvin was the last witness to testify. Three days later, the Supreme Court issued an order to Montgomery and the state of Alabama to end bus segregation, and the Montgomery Bus Boycott was called off.

For many years, Montgomery's black leaders did not publicize Colvin's pioneering effort. She was an unmarried teenager at the time, and was reportedly pregnant by a married man. Colvin has said, "Young people think Rosa Parks just sat down on a bus and ended segregation, but that wasn't the case at all." Her case helped pave the way.

In 1955, Colvin was a student at the segregated Booker T. Washington High School in the city. She relied on the city's buses to get to and from school, because her parents did not own a car. The majority of customers on the bus system were African American, but they were discriminated against by its custom of segregated seating. She said that she aspired to be President one day. Colvin was a member of the NAACP Youth Council, and had been learning about the Civil Rights Movement in school. On March 2, 1955, she was returning home from school. She sat in the colored section about two seats away from an emergency exit, in a Capitol Heights bus. Colvin was pregnant at the time.

If the bus became so crowded that all the so-called "white seats" in front were filled and a white person was standing, any African Americans were supposed to get up from nearby seats to make room for whites, move further to the back, and stand in the aisle if there were no free seats in that section. When a white woman who got on the bus was left standing in the front, the bus driver, Robert W. Cleere, commanded Colvin and three other black women in her row to move to the back. The other three moved, but another pregnant black woman, Ruth Hamilton, got on and sat next to Colvin.

The driver looked at them in his mirror. "He asked us both to get up. [Mrs. Hamilton] said she was not going to get up and that she had paid her fare and that she didn't feel like standing," recalls Colvin. "So I told him I was not going to get up either. So he said, 'If you are not going to get up, I will get a policeman.'" The police arrived and convinced a black man sitting behind the two women to move so that Mrs. Hamilton could move back, but Colvin still refused to move. She was forcibly removed from the bus and arrested by the two policemen, Thomas J. Ward and Paul Headley. This event took place nine months before the NAACP secretary Rosa Parks was famously arrested for the same offense. Claudette Colvin: "My mother told me to be quiet about what I did. She told me to let Rosa be the one: white people aren't going to bother Rosa, they like her".

When Colvin refused to get up, she was thinking about a school paper she had written that day about the local custom that prohibited blacks from using the dressing rooms in order to try on clothes in department stores. In a later interview, she said: "We couldn't try on clothes. You had to take a brown paper bag and draw a diagram of your foot [...] and take it to the store”. Referring to the segregation on the bus and the white woman: "She couldn't sit in the same row as us because that would mean we were as good as her".

"The bus was getting crowded, and I remember the bus driver looking through the rear view mirror asking her [Colvin] to get up for the white woman, which she didn't," said Annie Larkins Price, a classmate of Colvin. "She had been yelling, 'It's my constitutional right!'. She decided on that day that she wasn't going to move." Colvin was handcuffed, arrested, and forcibly removed from the bus. She shouted that her constitutional rights were being violated. -per wikipedia 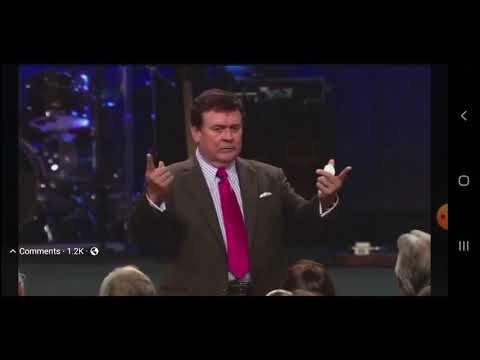 2:00:24
Nuben Menkarayzz - Why The Attack On Masculinity Is Directly Aimed At So Called Black Men
DEEJAY GAMBLER · 4 Views 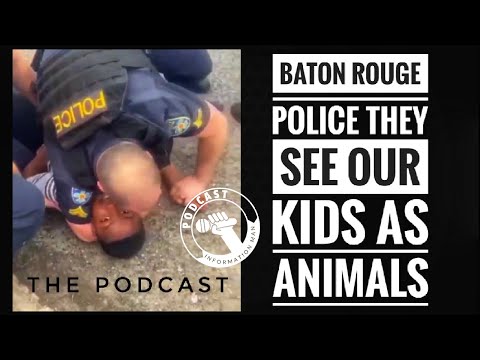 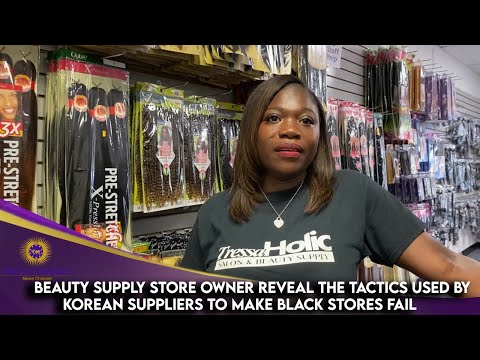 9:46
Mentally Ill Black Man 60, Shot In The Back and Killed By Oklahoma Cops
Shala Yisrael · 9 Views 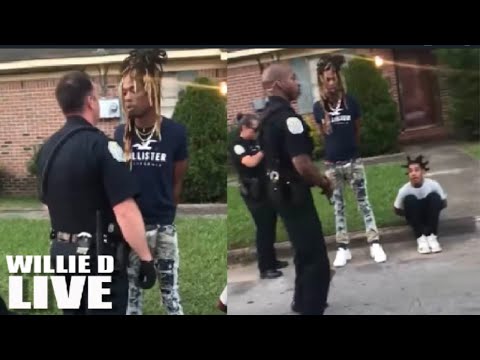 00:00:00
Cop Detains Innocent Black Man, Answers 'Fuck You Is My Name' When Asked to Identify Himse
Above All That Drama · 8 Views 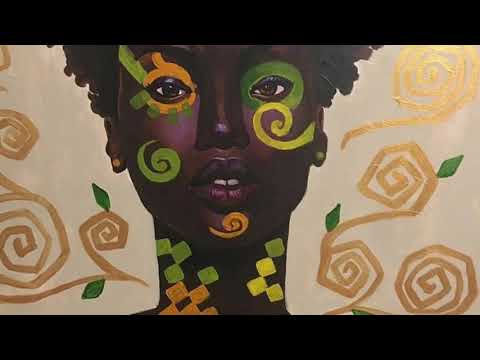 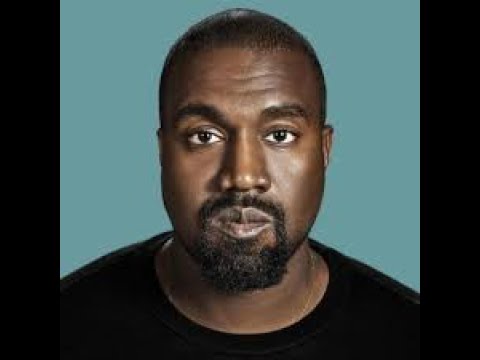 00:00:00
The Hypergamy of Kanye West: How Success Can Kill a Black Man
Above All That Drama · 9 Views 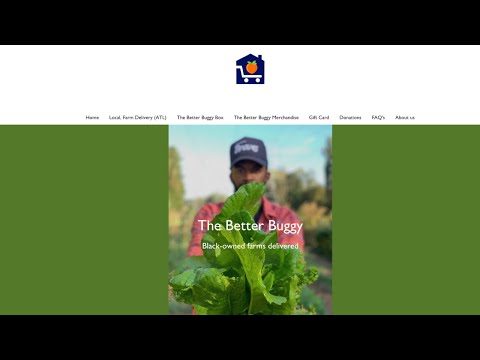 00:12:57
Black Farmers Thank Lisa Cabrera and Subscribers
Above All That Drama · 5 Views

1:59:54
Nuben Menkarayzz - Why Equality Is Pushed To Black People By The Beast Over Supremacy
DEEJAY GAMBLER · 8 Views 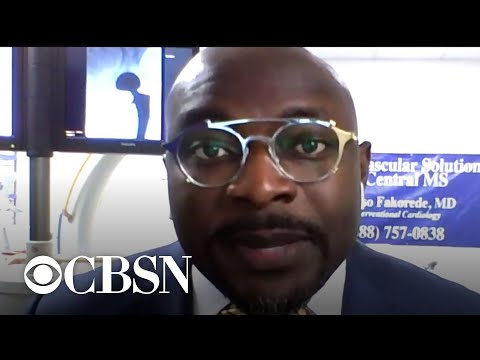 2:03:09
Nuben Menkarayzz - Why Black People Are Out Of Their Minds
DEEJAY GAMBLER · 6 Views 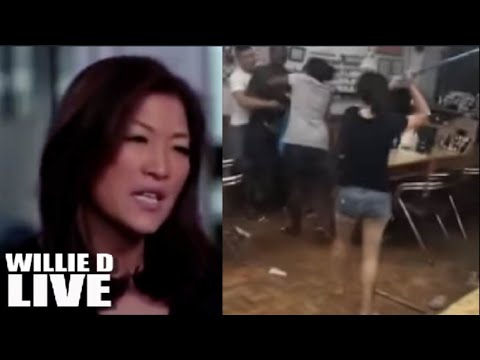 00:06:23
ABC Nightline Spinning Narrative That Black People Are Practicing Racism Against Asians
Above All That Drama · 7 Views

00:32:44
MARGARET SANGER. THE ANTI BLACK EUGENICIST & HER PLANNED PARENTHOOD
Above All That Drama · 3 Views she was too dark

Sad but true that blacks continuously stoop to the self defeating foolery of exalting others based on their degree of similarity to their oppressors features. And even rejecting and scorning those holding the richness of features natural for their own ppl, which should always be honored.